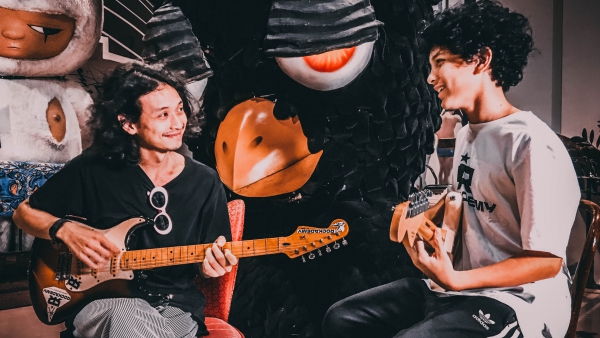 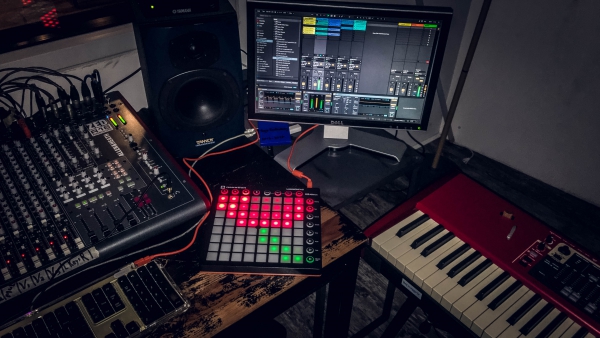 Becoming an artist requires more than talent. We guide aspiring artists through every step of the real-world music production process including songwriting, recording, videography, promotion and distribution. 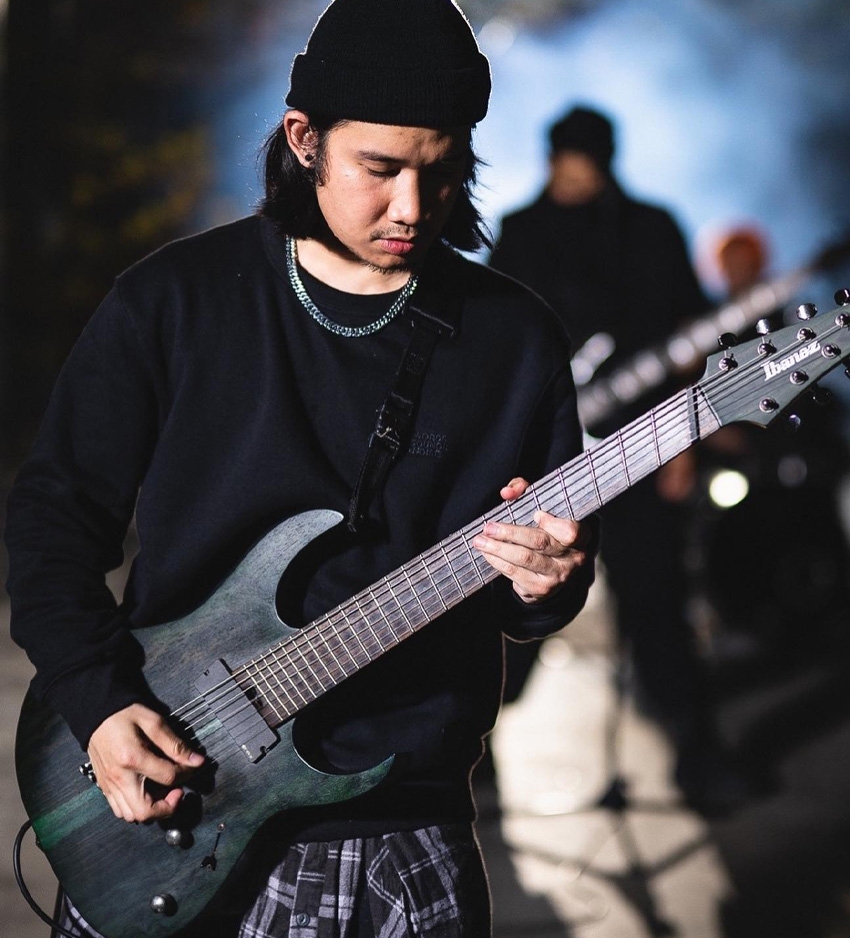 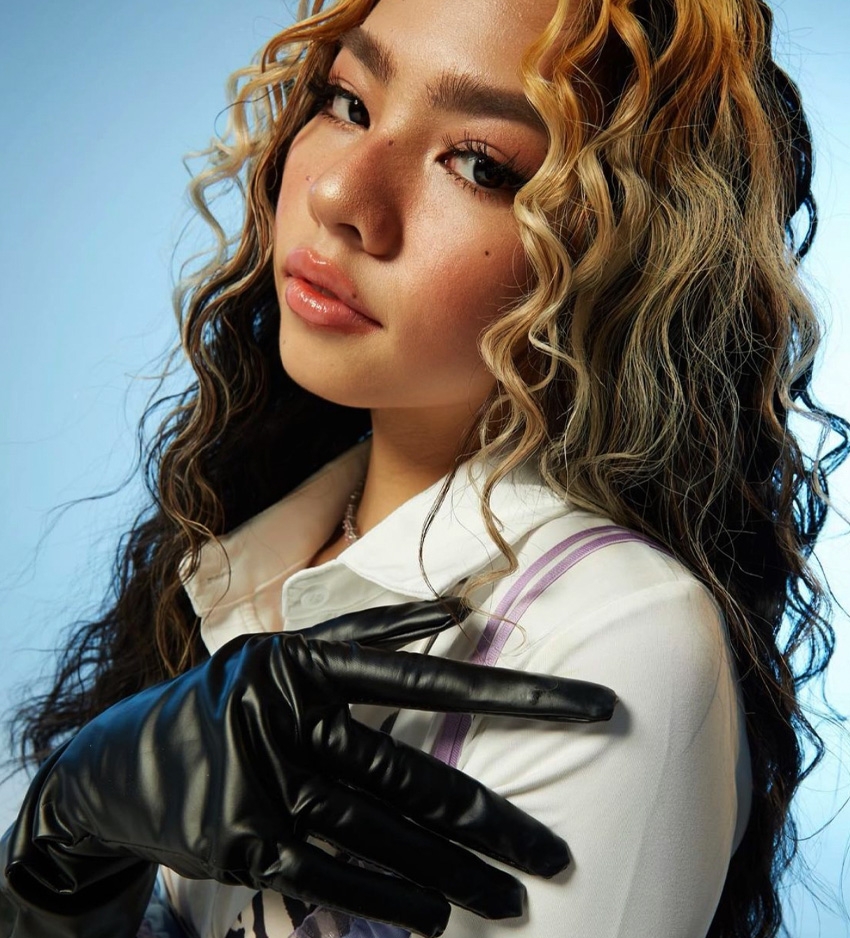 Singer with a beautiful voice who started out with a passion for singing at the age of five, classically trained from Chulalongkorn University and now she has her own female duo band called Toffe! 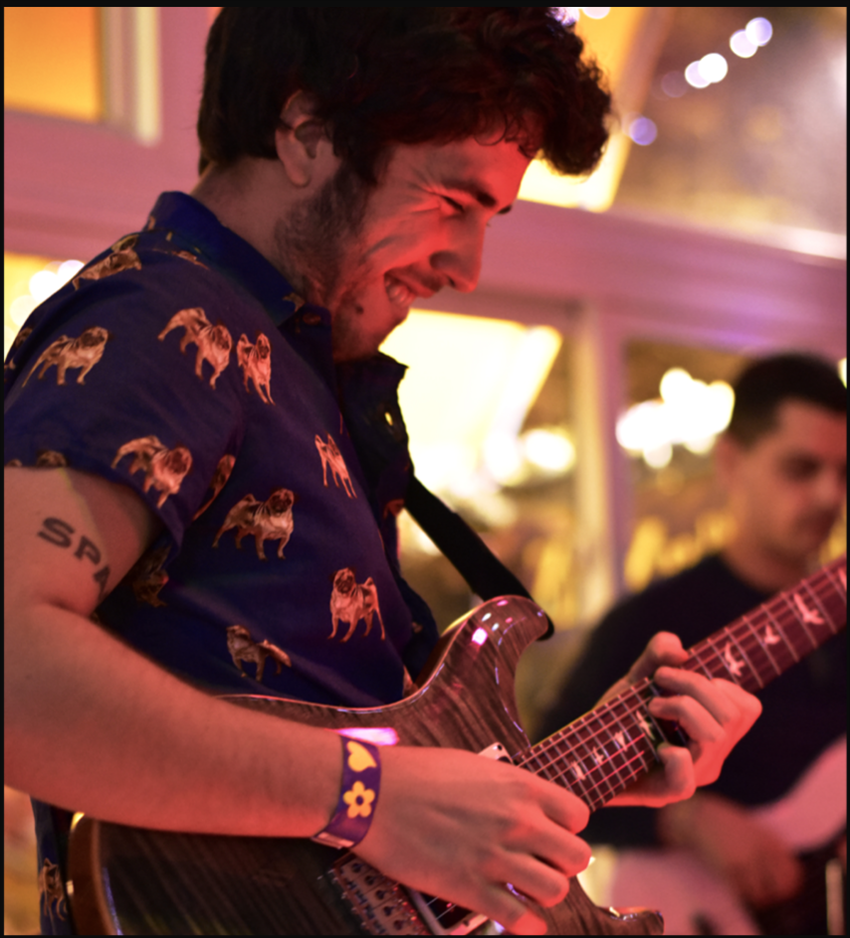 Berklee College of Music Alumni. Master Guitarist/Composer for Trøx and Multi-Instrumentalist/Producer for many signed artists such as Mari, The Drive, Nico, Aqua, Etc. His musicianship demands respect from his peers, his command of the guitar is simply amazing. 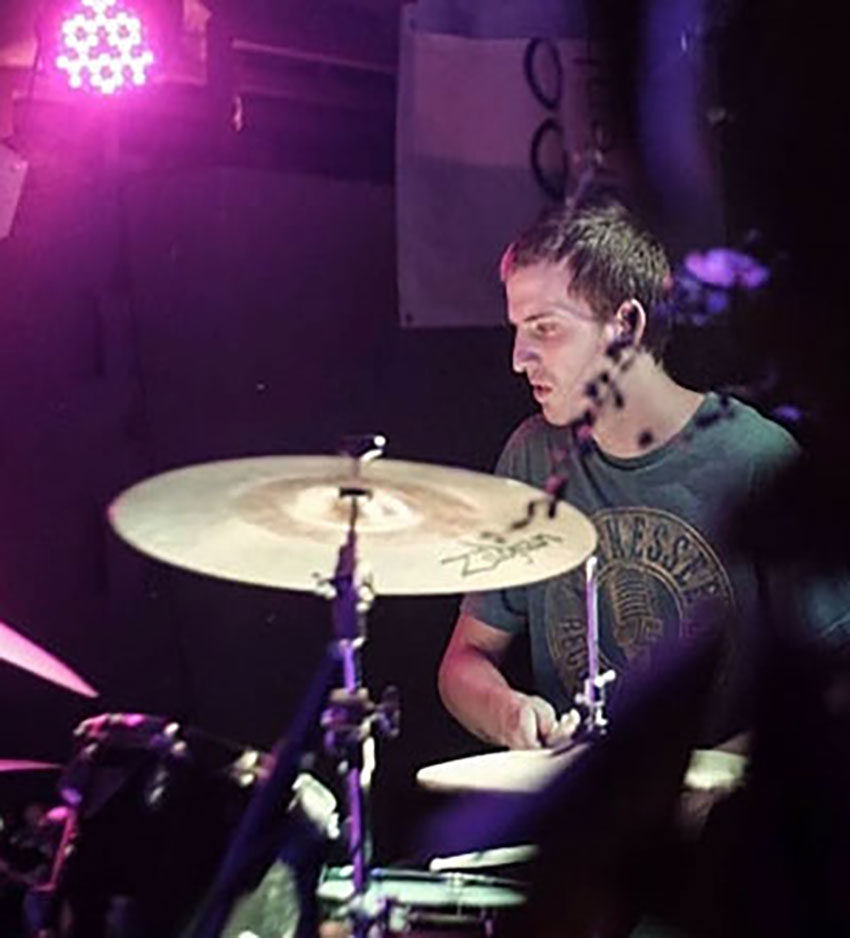 Musicians Institute alumni. Top session drummer behind many major artists such as Stamp, Muzu as well as his own band The Lowdowns and Mari. Jake is one of the best drummers in Thailand with skills to be reckoned with. 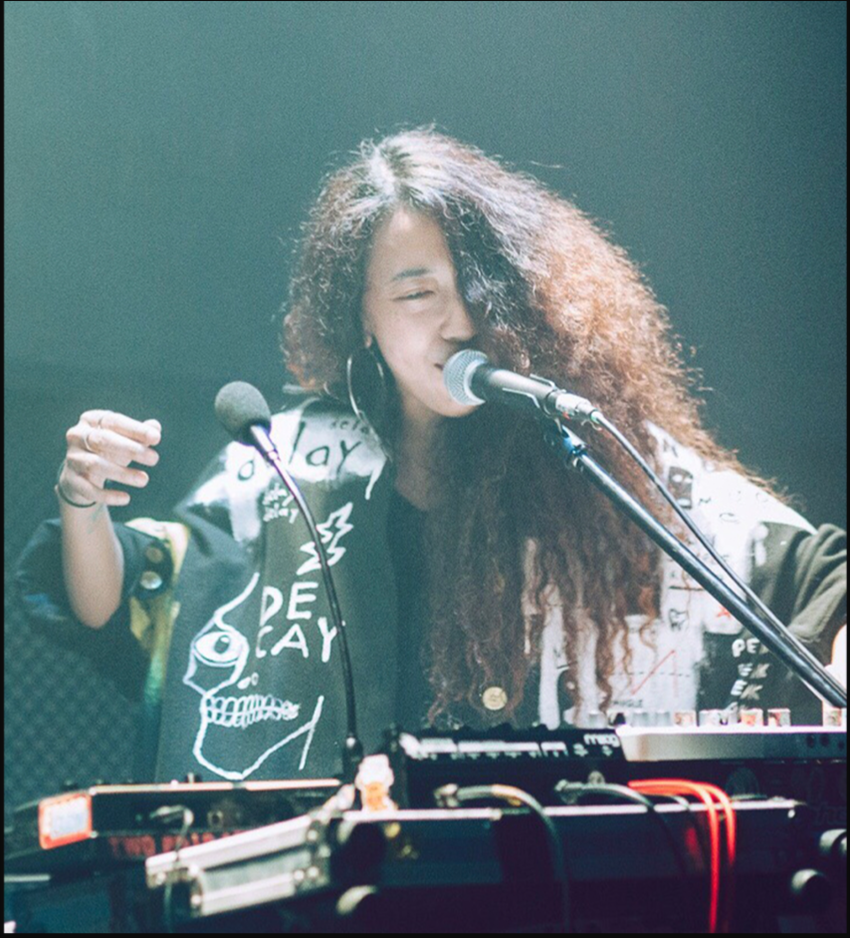 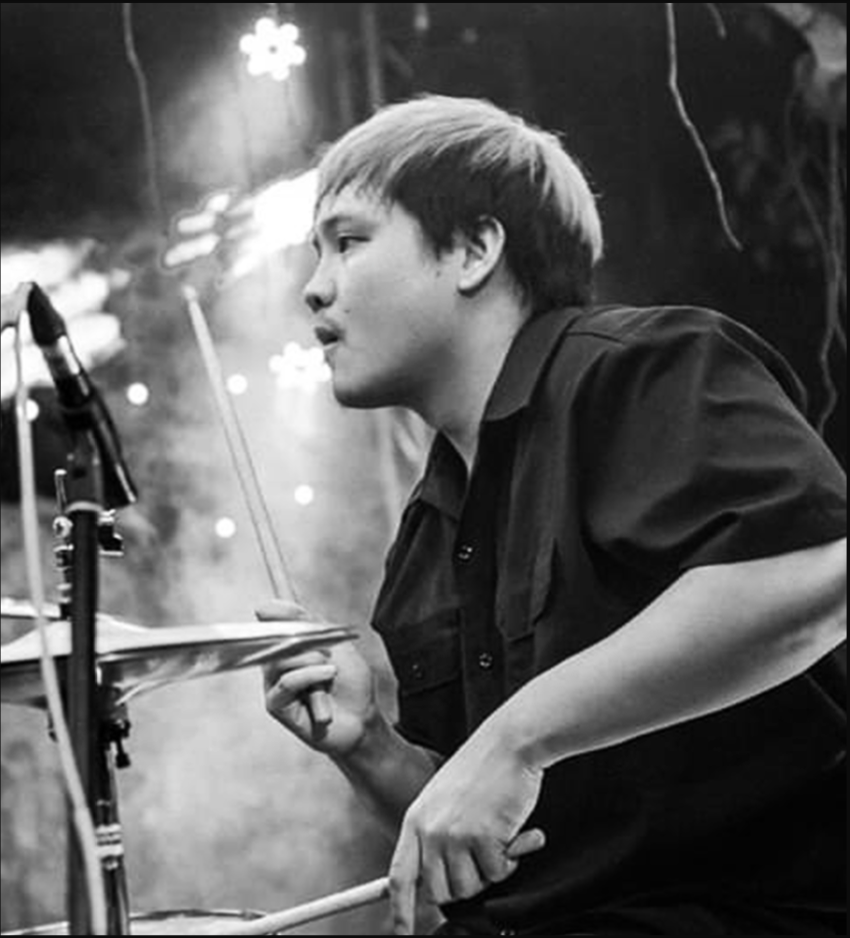 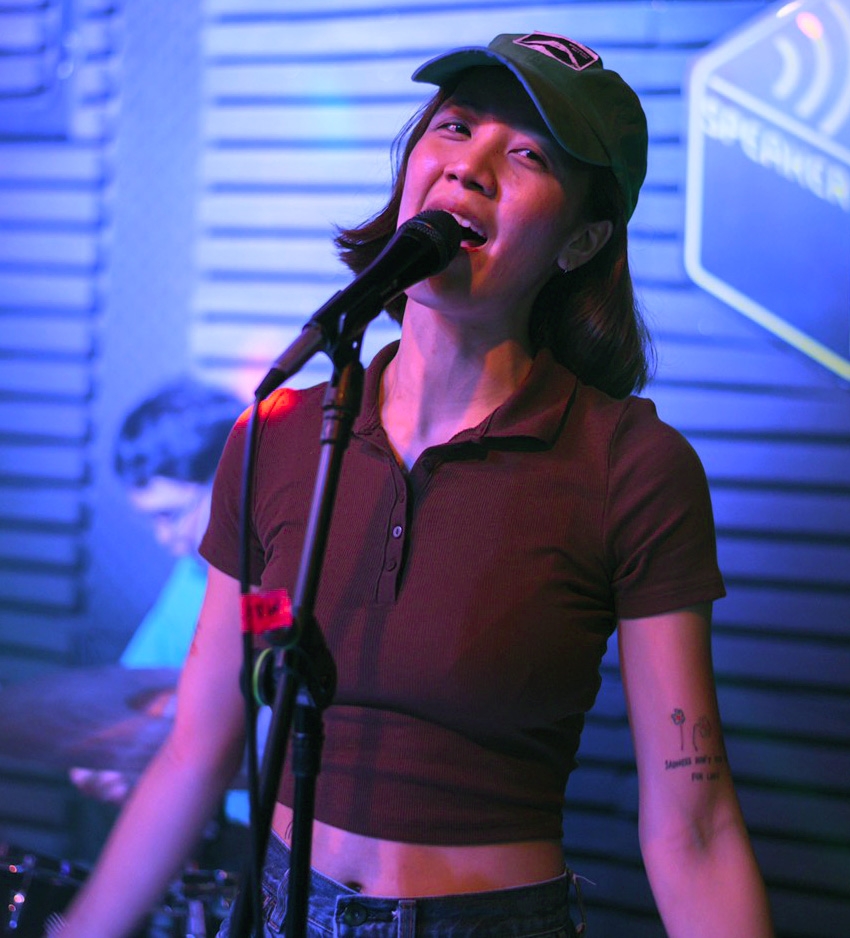 Indy-pop artist/songwriter from Yell Recordz, sending you positive vibes through her songs just like a ray of sunshine. Her sound is influenced by many genres such as pop, folk, sprinkled with feel good music on top. 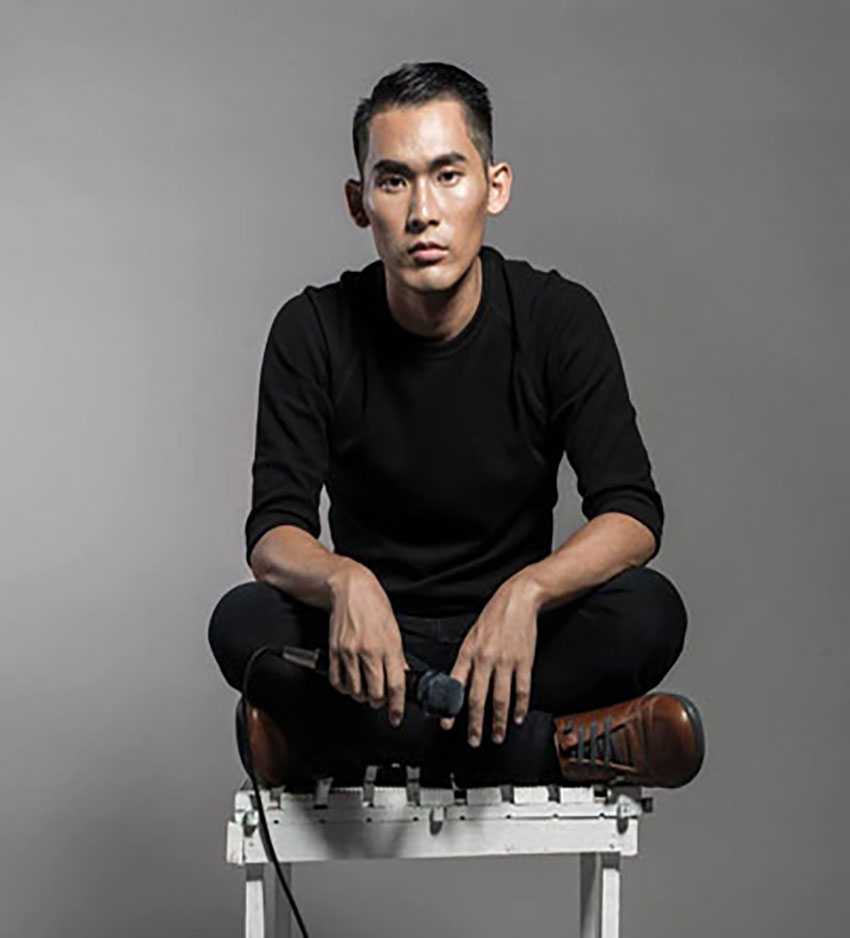 A highly talented singer with a burning passion for Broadway musicals. This is evident in his singing style and stage persona - screeching out inhumanly high notes with extravagant stage antics 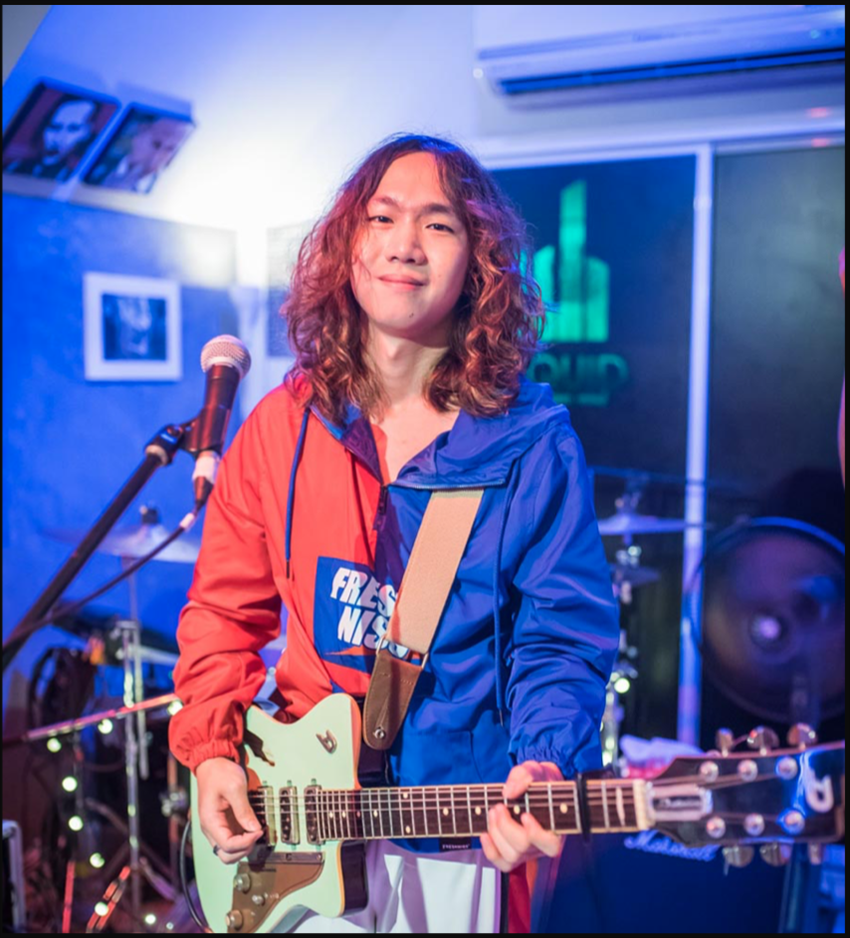 De Falmingo’s (What The Duck) guitarist & multi-instrumentalist. A modern musician with his unique style well known around local indie scene. He has performed in major music festivals & showcases with his own band as well as a top session call for S.O.L.E. & Pae Arak. Graduated from Mahidol College of Music. 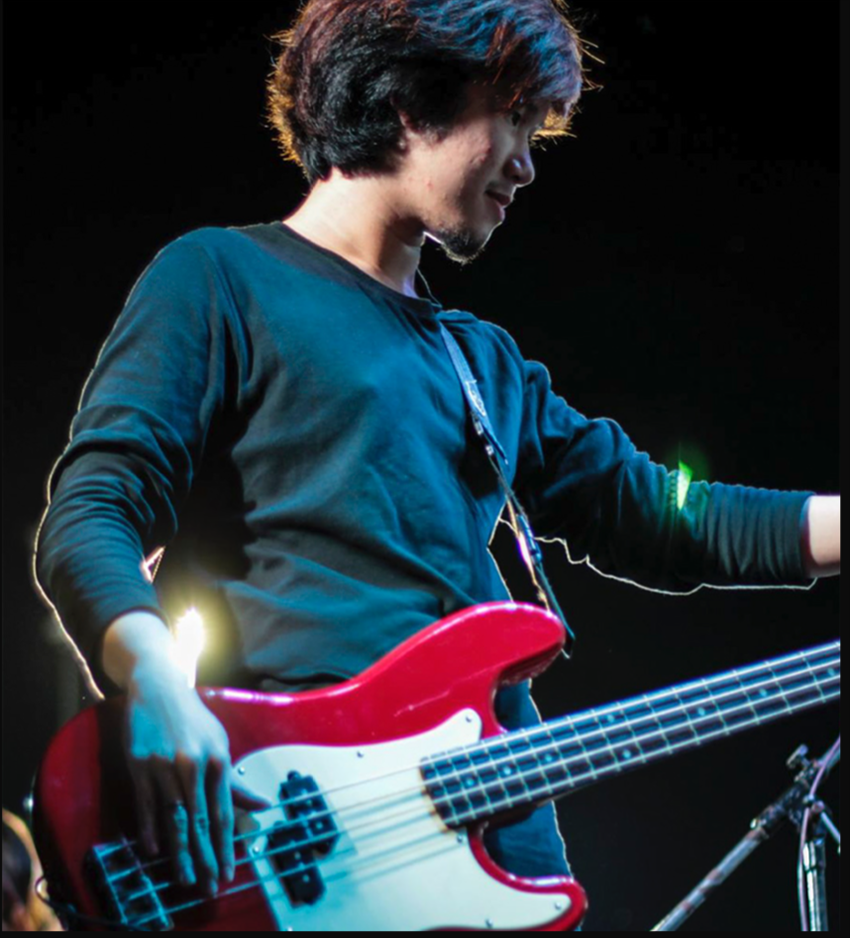 Bassist for a legendary Thai band ‘Chaliang’ and Torrayot, Tilly Birds, guitarist for No More Tears, Fukfang, and his own band Kidshu. This multi-instrumentalist always bring something interesting to any musical scenarios. Graduated from Silapakorn University. 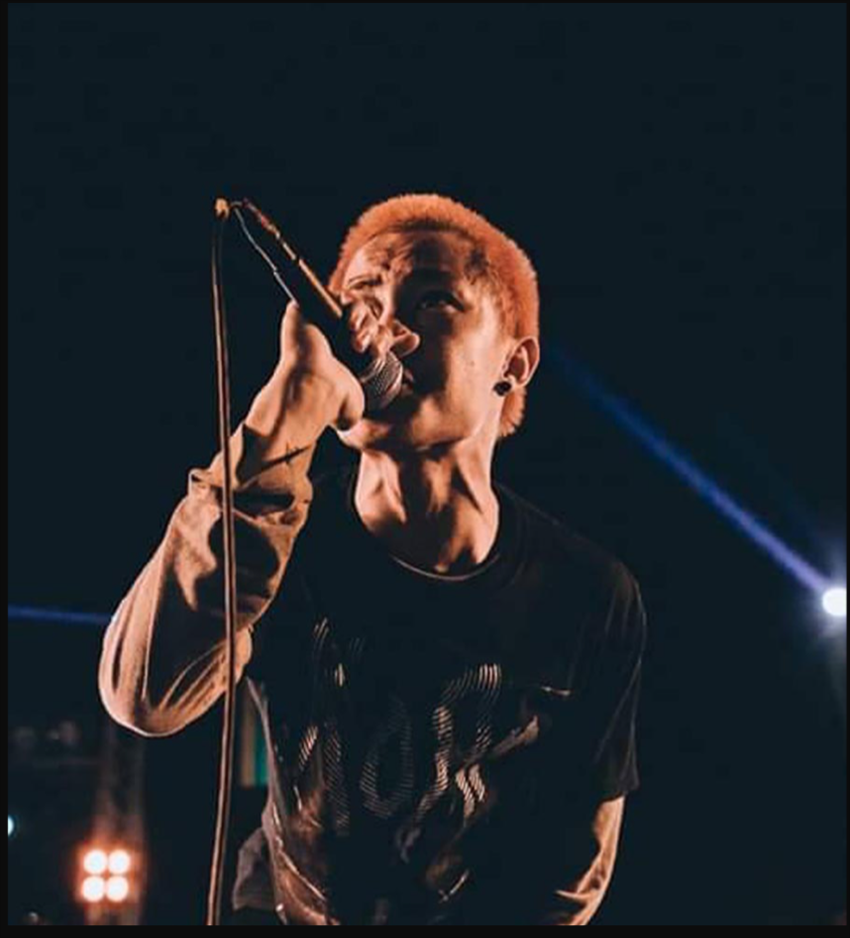 Lead Vocal (rapper)/Song writer for Bomb At Track with a college degree in drums. A talented showman and lyricist with a stage presence that will get people rocking all night! 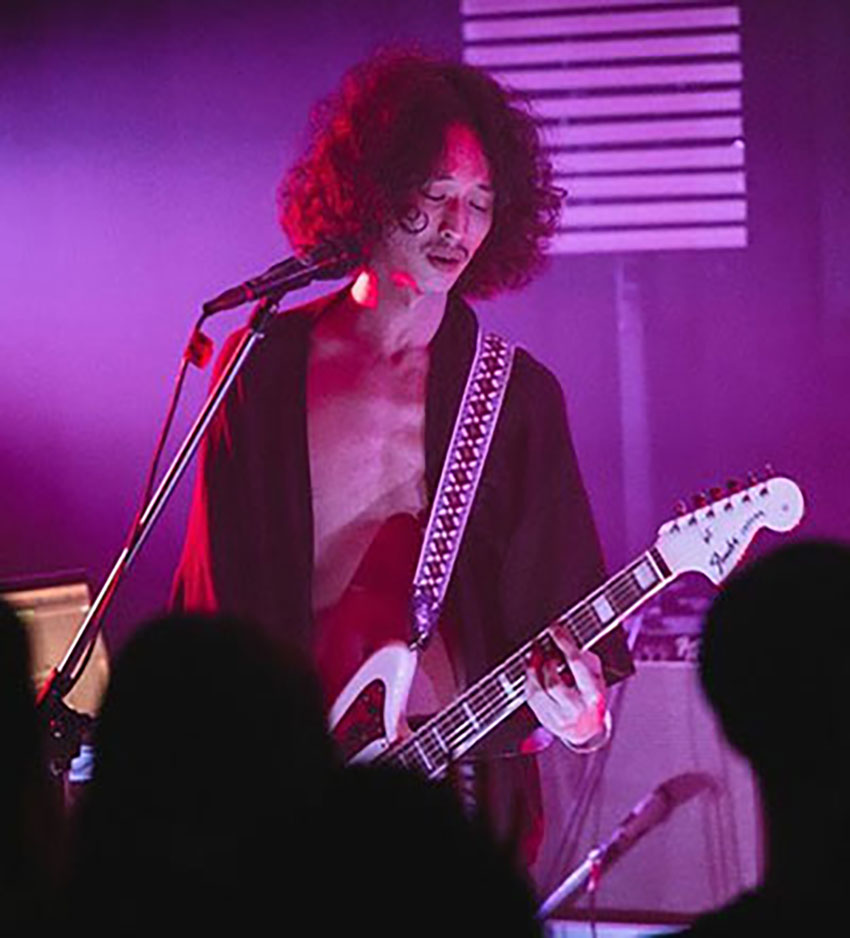 A soulful guitarist with DJ/Producer skills. One of the top guitarists in Thailand, he can command whatever ever comes to mind effortlessly. Graduated from Mahidol College of Music. 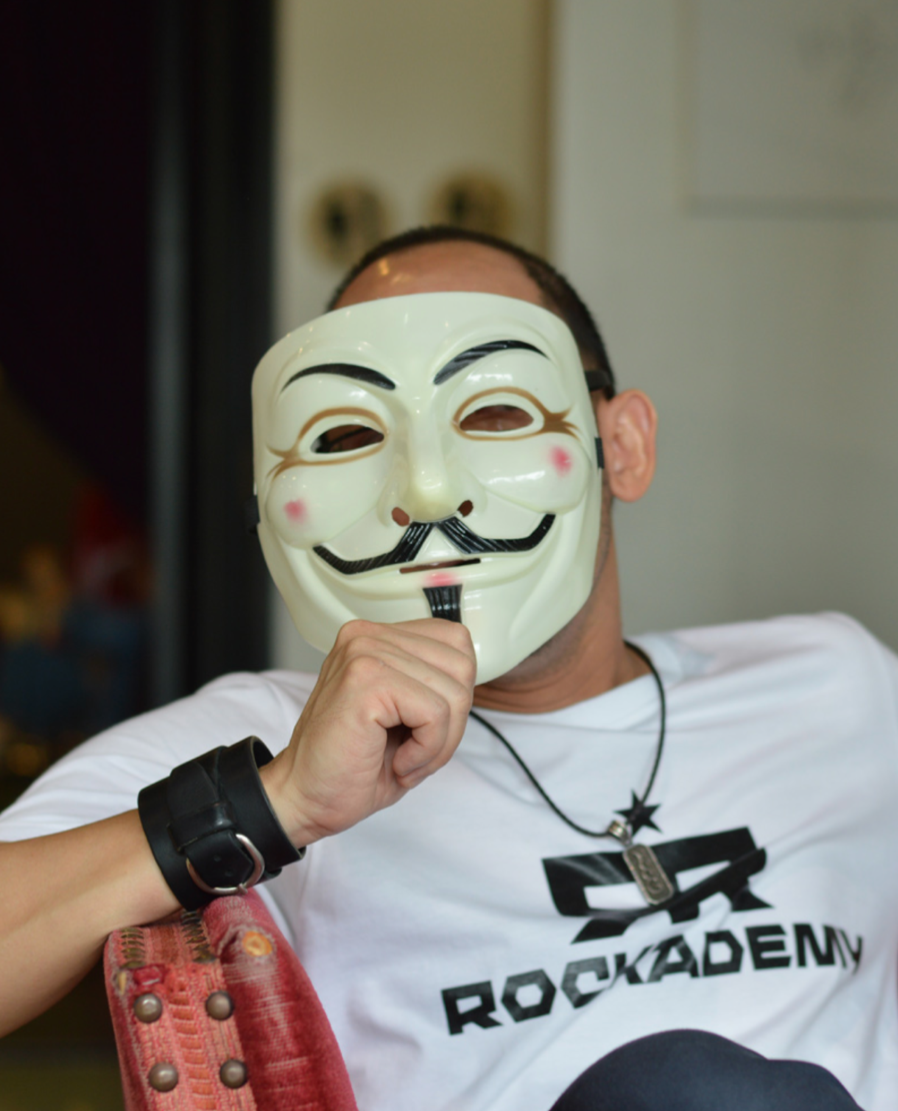 “BECOMING A MUSICIAN IS A COMPLEX WEB OF PRACTICING, NETWORKING, CAREER DEVELOPMENT AND ARTISTIC EXPERIMENTATION. AT ROCKADEMY, WE SHOW ARTISTS HOW TO DO ALL OF THAT SIMULTANEOUSLY.”

THROUGH TRAINING AND REAL-WORLD EXPERIENCE, ROCKADEMY TURNS STUDENTS AND TEACHERS INTO INDUSTRY PROFESSIONALS.

Pat, founded the influential Thai alternative rock band 'Barbies' in 1995. He then joined the legendary GMM GRAMMY's producer team 'RPG' (Rewat's Producer Group) in 1997 to work with all the tops GMM artists at the time including Mr. Team, Peter Corp Dyrendal, YNot7, Bo Sunita, Nat Meria, Christina, Marsha and many more. He produced last Barbies album for SONY MUSIC THAILAND in 2000, then moved to NYC to pursue an MBA degree.

Tired of spending years with processed sound in modern music production, he was determined to concentrate more on Jazz or other music with a cleaner sound. Pat's first year in New York, however, did not go as planned. Shortly after arriving, he was literally chased after by the then newly formed New York group 'American Popular', which opened doors to the real music industry in the US. Pat's collaboration with these artists led him to perform showcases at many of New York's 'it' venues such as CBGB's, Mercury Lounge, Knitting Factory, Madison Square Theatre and so on. He also toured the US many times with different acts, showcasing in many music festivals such as SXSW.

Pat eventually returned to his old arena in the recording studio for production works at NYC's legendary 'Wax Music Studio' - where world-class musicians with the likes of Ron Carter, Jon Cobert, Will Lee, Ira Siegel, etc. still make music the old-fashioned way. The experience from working with Thailand's top production team did prepare him to a certain level, and it only got more real from then on.

Having pretty much done it all in the Big Apple - with non-stop live performances with his own band and also as a hired-gun act, while earning credits from doing music & sound production for record labels, tv, theatre, films, and artists around the globe - Pat felt it was time to take a break and decided to come home to Thailand in 2006. And a long break it has become. He left his New York days behind to join BUTTERFLY RECORDS as a producer/mixer and later went independent in 2007.

While vacationing with an old band mate, Apirat Techavachara or 'Sig' the bassist from Barbies, the very idea for Thailand's first school of rock was kicked off. Pat and Sig decided to play seriously with the thought and thus, ROCKADEMY was born in 2012.

The principal of the school is based on the belief that the best way to learn to do almost anything is by doing it, and this is particularly true about music. We teach and perform music that our students love to play and our audiences love to hear. From the fundamental roots of rock, pop, funk, blues, reggae, heavy metal, alternative, indie, progressive, etc. - we celebrate them all. An innovative curriculum and our unique teaching method set us apart from other music schools.

"I don’t understand why there’s no music school like this when I was younger. If there were, I would have been a musician by now. It’s never too late to start."

"I didn't expect my kids to become a musician, I just want them to have fun and enjoy playing music."

"Every time I watch my son perform on stage, I feel happy to see him do what he loves."

"The instructors here are really nice and kind."

"If you want to learn playing an instrument this is the place to be! Big parking space available right in front of the building. Check out the official homepage for more details or ask the friendly staff on site."

"I get to improve my skills and be better, in the direction that is right for me. I probably would not get to play live shows like I do here, anywhere else."

"Great Music School for all levels."

"It’s like a musical playground here, you can try drums, guitar or keyboard, it’s all up to you."

"I get to meet new friends that play different instruments and we get to exchange ideas and collaborate on our music and just jam with each other. I think that’s a really good part of this school, where they let you express yourself with other people."

"I like the atmosphere here, it’s very friendly, everyone supports everyone else, it’s not competitive and everyone just kinda comes in and jams. The teachers are good and the staff are great."

"The place is excellent and well equiped. Everyone is nice and supportive. With cool teachers focused to get the kids to a level that is just enough to play in a band. After that they do the matching and there you are! The kid is playing in a band :)” 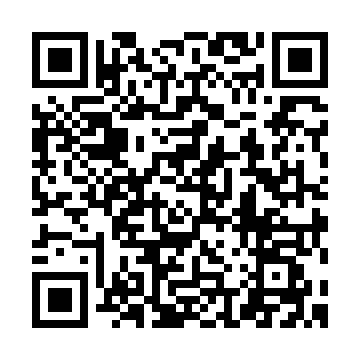